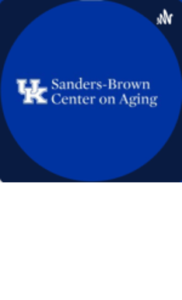 Maj-Linda Selenica, Ph.D., discusses her work at the Sanders-Brown Center on Aging

Assistant Professor Dr. Maj-Linda Selenica is a world renown research scientist at the Sanders-Brown Center on Aging, and was drawn to the center because of the female leadership within the center coupled with the centers international reputation. Her work has been featured in numerous publications, and she is especially proud of her role in the development of the next generation of research scientists here at the University of Kentucky. Listen here. 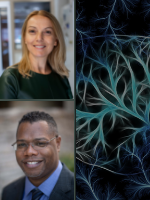 A study by several researchers at UK's Sanders-Brown Center on Aging (SBCoA) was recently highlighted in AlzForum. The study led by Daniel Lee, Ph.D., associate professor, UK Department of Neuroscience, and Maj-Linda Selenica, Ph.D., assistant professor, UK Department of Molecular & Cellular Biochemistry, found that polyamines prevent the clustering of a protein known as tau, which is a hallmark in Alzheimer’s disease. Read More. 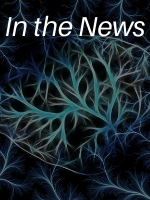 Polyamines, the nitrogen-packed aliphatic molecules produced by our own cells and found in the foods we eat, have been cast by some as anti-aging dynamos. Studies suggest the compounds, most notably spermidine, counter cognitive slippage in animal models by revving up autophagy and mitochondrial function in the brain. Read More.

Could primordial soup, semen, and rotting flesh hold clues to healthy cognitive aging? If the idea sounds a little repulsive, consider this. These three types of complex organic matter are all packed with polyamines—flat strings of amine groups that have been around since life began... Read More.

Recent work published by researchers at the University of Kentucky’s Sanders-Brown Center on Aging (SBCoA) highlights what the lead investigator calls the “cornerstone” of her lab. Maj-Linda Selenica, assistant professor at SBCoA, led the study recently published in BBA Molecular Basis of Disease. She says their approach was unconventional as it looked at the molecular mechanisms implicated in TDP-43 biology, which is the focus of her lab. Read More.

A grant recently received by Maj-Linda B. Selenica, assistant professor at the University of Kentucky’s Sanders-Brown Center on Aging (SBCoA), is helping further collaborative research efforts. The $125,000 grant comes from The CART Fund. CART (Coins for Alzheimer’s Research Trust) is a grassroots effort by Rotary Club members throughout the country to provide cutting edge research to help find a cure for Alzheimer’s. Since its inception, CART has awarded more than $9 million in research grants to some of the most respected institutions in the country. Read More.

Join us as we celebrate National Women's Health Week by awarding seed grants for interdisciplinary women's health research. This event benefits the USF Women's Health Collaborative, and is produced in partnership with USF Women in Leadership & Philanthropy. Watch here. 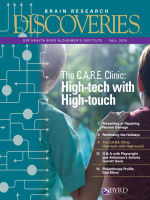 Featured Profile – Short-circuiting in the brain

"Don’t bother asking Maj-Linda Selenica, PhD, if she can picture herself in any other career. The 41-year-old world-traveled research scientist is passionate about shedding new light on what causes memory loss and finding new approaches to treating Alzheimer’s disease.” Read more. (p.3-5)